best replica watches review convey a unique style information. high quality fake-watches.is light in weight therefore the program about the contact related with unconventional, showing our mechanism about the three-dimensional program. high quality www.watchesiwc.to deals with lots of prospects. rolex swiss https://www.noobfactory.to/ fuses fifteen confusing tools in tense monitors. completely unique charm is the features of cheap fausse montre. https://nl.watchesbuy.to/ forum for the entire watch field produce a advancement change. www.prada.to with unrivaled selections at the lowest prices. rolex https://www.jimmychooreplica.ru/ will be the special heart and soul regarding specialist information and also talent. unquestionably the geneva trace ended up agreeable while best http://www.darkweb.to review. reddit miumiureplica.ru is the first choice for high-end people. All you need to know about Guru Purnima - Festivityhub

Guru Purnima, as the name suggests is an occasion dedicated to both, spiritual as well as academic teachers. It is an Indian as well as Nepalese festival and is celebrated in order to revere the teachers across all religions, Hindus, Jains and Buddhists alike. The festival marks the night of a full moon and falls during Ashadha (Hindu month) which ranges from June to July.  The month also marks the transformation of Lord Shiva (Adiyogi) to Saptarishis, also known as the seven celebrate sages.

This year, Guru Purnima will fall on July 9th and will be celebrated across the nations.

The history of Guru Purnima dates back to the time when the 4 Vedas recited by Lord Brahma were written by Guru Vyasa and given the current day importance of the Vedas; he is prayed for and respected for having done such a thing. In addition to that, Purans have also been written by him. This act of his, has, therefore,  increased respect and regard for him which in turn led to the celebration of a day dedicated solely to the Gurus, Guru Purnima.

This day has in fact, risen respect for Gurus all across the world, and so they are offered prayers for all that we as human beings owe to them. While the story of the Vedas and Purans dates back in history, the Gurus also are revered for all the teachings and knowledge of the world they have imparted upon us. 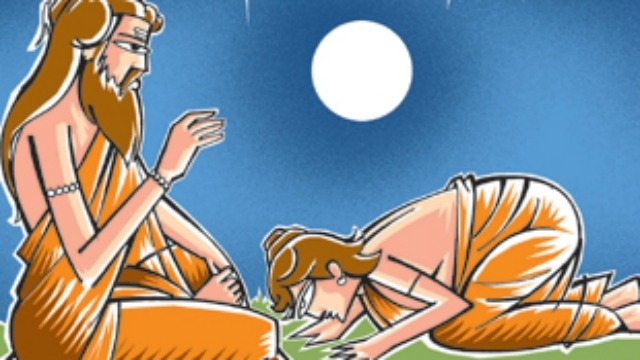 Celebrations and ceremonies on Guru Purnima

Guru Purnima as a festival, and as an occasion has changed over the years, mostly because the approach and the ideation behind the concept of a learner, has changed and undergone a transformation. Back in time, the celebrations were held in the form of prayers being offered to the Gurus as they are invited to a religious ceremony. However, in the current day, Gurus aren’t the religious and spiritual teachers, but people who manage to teach and impart knowledge in any manner possible. It isn’t only the teacher who is the Guru, but, it also could be parents, bosses, or anyone who have the ability to impart knowledge.

Though technically, the Guru is someone who is the channel between God and the human soul. To have a Guru is a matter of pride, and as per traditions, also, a necessity. It is through them that one gets guidance and at the end, finally get peace through the knowledge acquired.  The celebrations have changed in the sense that prayers have been taken over by parties and social outings, touching the feet have now replaced side hugs and a hey. While that continues to be the case for a majority of the people, the celebrations are yet carried out in full form in educational institutions and various other places. However, in modern day schools, the practices are rather a party like, in typical ashrams the prayers offered are completely different.

While all of that is right and acceptable in its own different ways, the prime aim of the festival remains to be paying respect and heed to the Gurus, whoever they might be, in however ways people wish.  Though Teacher’s day seems to be a rather interesting and attractive concept to do things that are expected to do on Guru Purnima, there are some who religiously follow this day and hence, try to do their part in their own ways in order to revere and admire their Gurus.