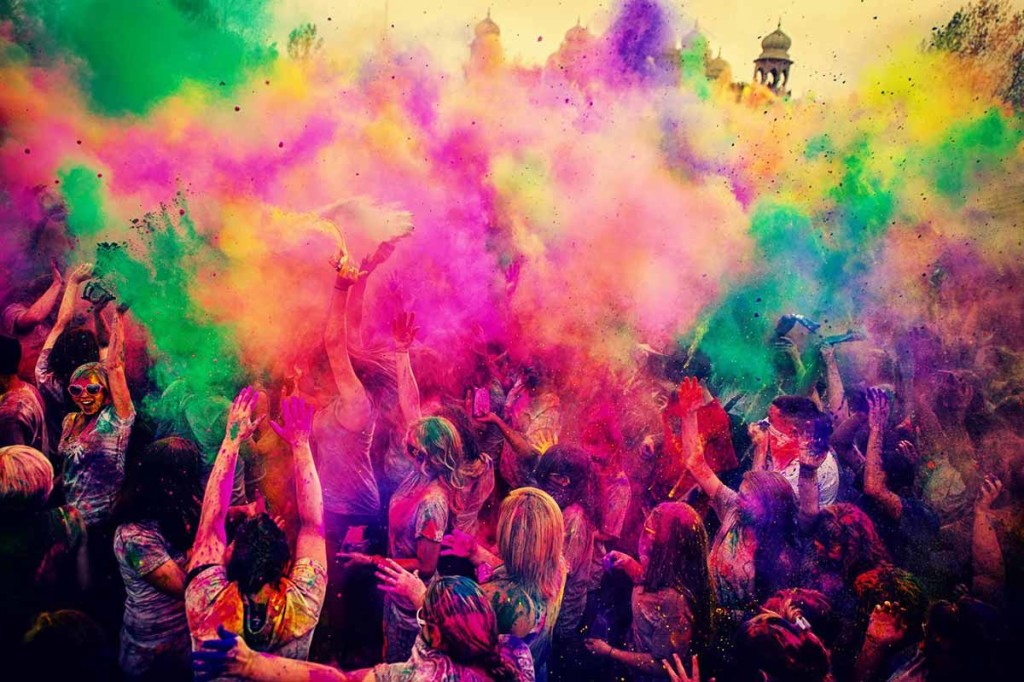 India is a land of the festival, and the basic aim behind celebrating all these festivals is too spread love, happiness, brotherhood and togetherness. Holi is one such festival which is celebrated with much fun in all parts of the world. Though people call it as a festival of colour there are segments of people who celebrate it with a difference. On the full moon, this festival of color is celebrated with full gaiety. This spring festival is also celebrated in South Asia and certain other corners of Asia. The simple way to understand that this festival has arrived or about to arrive is through the site of the heap of gulal in the market area and, of course, the innovative shaped pichkari which wins the heart of every child. They almost feel like buying each one of them so that they can drench everyone. Nowadays manufacturers also design the pichkari as per the demand of the market to attract a huge sale.

Holi is celebrated for two days. The first day is called Holika Dahan and the other day is the one when everyone plays Holi.

Epic story associated with it

Prahlaad was a great devotee of Lord Vishnu. His father Hirnakashyap wanted the whole kingdom to worship him as a god but his own son was against this belief. He had full faith in Lord Vishnu. His father tried to change his mindset but even after several strict attempts when he failed, he planned to assassinate his own son with the help of his sister Holika. She was bestowed with the blessing that if she wraps herself from one particular blessed stole, she will never burn even in the mid of the dangerous flames. She took the kid Prahlaad in his lap and sat down in the heap of dry grass which was burned by the soldiers of Hirnakashyap. Prahlaad was continuously chanting the mantra in the name of Lord Vishnu. Under the blessing of him, the stole moved to Prahlaad leaving Holika behind to burn to death. It was said that on this day evil was burnt and every year the victory of good over evil is celebrated as “Holika Dahan” where they burn gram plants, wheat stem and garland of cow dung cakes tied on sugarcane in the fire. People believe that this attempt will burn the evil. The term Holi has also emerged from “Holika.”

Researchers say that this helps in cleaning the environment as with the approach of spring season many new germs, mosquitoes and other such disease-causing insects are introduced and the camphor, along with other ingredients of”Holika Dahan” kills these insects and clean the environment.

Next day people celebrate Holi in their own ways. Different places have different ways of celebrating them like in Vrindavan and Mathura flower Holi is too popular whereas in the other northern part of India they celebrate it with Gulal and in some states they play it with wet colours. In Bengal, Bengalis play Holi on the day of Holika Dahan. Throwing Water Balloons are also a common way used by children in almost all parts of India while playing Holi. This is a festival which brings people closer and irrespective of their status, caste and age differentiation they celebrate this festival together. It marks the arrival of spring and departure of winter. Spring itself is too magnificent so as this festival. People from far away land including some western countries visit India especially Mathura and Vrindavan to witness the glory of this festival.

Though most of the people call it as a festival of colour there are many who call Holi as a festival of sweets. Many popular sweets like Gujia, halwa, Firni, Malpua, etc. are specially prepared for this day.

This is a common term associated with this day where people gather together to wish each other after playing Holi. A grand dinner is planned in almost every housing complex or among relatives where several varieties of food are served. Thandai is a special drink served on this day. Along with greetings, sweets are also exchanged on this auspicious evening.

Some of the people associate this festival with love as the description of Holi is incomplete without mentioning the love of Lord Krishna and Radha.

Why some people consider this festival as a dirty festival?

This is among those popular festivals which is equally liked and disliked by the Indians as many of them play it in a very wrong way. Some people play it with cow dung, wet colours that harm the skin, stinky vegetables and with every possible dirty thing. Consumption of alcohol has become a common trend on this day which should be controlled as every year many accidents occur due to this reason.

The tradition of bhang, which is an intoxicating drink, is associated with this festival since long. It is said to be the favorite drink of Lord Shiva. People behave in very different and funny way after consuming it.  Consuming the same in larger quantity could be dangerous and hence precaution should be taken before consuming such Bhang delicacies.

Many herbal colours are already introduced in the market; hence, it is advisable to use these colours only. It is also suggested to play dry Holi with Herbal gulal. It is a festival to spread love and to build colourful memories so does not darken them with any wrong practices. Avoid alcohol on this day as it is a festival to celebrate India’s priceless culture. Many of the accidents occur due to wrong practices, so it’s better to avoid them.

It is a festival to spread fun and add colours to your memories.  It is celebrated with diverse names in different corners of India with the single aim of spreading love and brotherhood. They feel that any spoiled relation could be repaired on this day. People of all religion celebrate this festival with equal enthusiasm. Now it is completely to you whether you add more fun or regrets! Play safe and enjoy most! Happy Holi!