Raksha Bandhan is around the corner, and the start of August brings with itself the festivities revolving around Raksha Bandhan. With the onset of August, the Rakhi feels set in, and so does the preparations for the same. Raksha Bandhan is celebrated in most parts of India as a festival/ritual which celebrates and cherishes the eternal bond of siblinghood, brothers and sisters alike.

Just like other occasions celebrated across India, Rakhi is yet another festivity, yet another reason, to bring together the entire family. The day marks the commemoration of brotherhood and sisterhood; it involves prayers in favor of one’s brother/sister for their well being and send in good wishes. 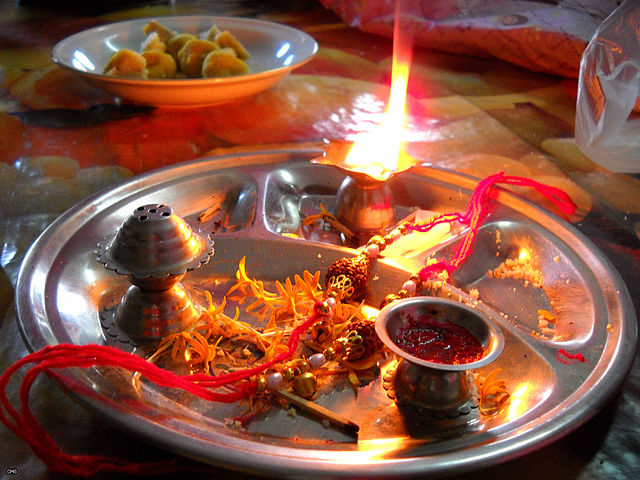 Raksha Bandhan, in its literal sense, means the bond of protection; more of a promise that a brother and a sister make to each other for being there in both bad and good times, for protecting each other against all odds, and to bring good wishes for both.

Raksha Bandhan is celebrated on the day of ‘Shravan Purnima’ which is considered as an auspicious day in Hindu calendar, which, generally falls in the month of August. Raksha Bandhan 2016 is on 18th of August.

Raksha Bandhan has more significance than just celebrating siblinghood; it is about the more broader aspects of festivity and of family, friendship, etc.

The Hindu festivals have their own set of customs and traditions which have been followed by generations, and, shall be continued to future generations as well. There are certain rituals and basic traditions which are a must on the occasion of Raksha Bandhan, and it is with these practices that the significance and idea behind Rakhi are widely spread.

And that was about what you can do and the significance that this festival has. Over the years, our ancestors have passed on various traditions and customs, of which, Rakshabandhan is one major part.

In current date, many people also believe in sharing various Rakshabandhan pictures and images with relatives/friends through social media; a more advanced and technologically sound system. Rakshabandhan pictures start pouring down a day or two before the occasion and by the time it is Rakhi, these images completely take over our phones and messaging groups.

So, Happy Rakshabandhan to you well in advance! Don’t forget to send some messages and Rakshabandhan pictures to your close ones and let them know how they are important!